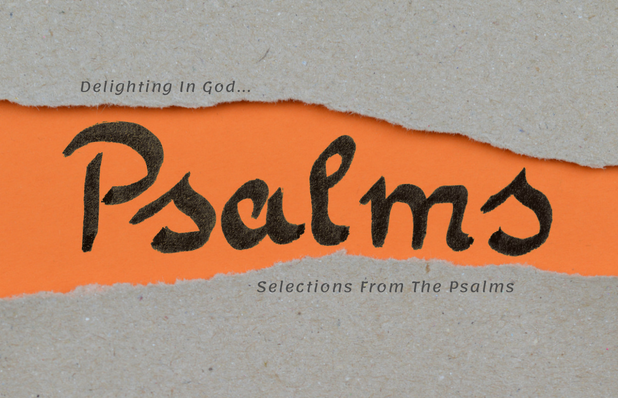 Have you ever marveled at the beauty of a sunset or the majesty of a mountain range?  Have you ever (to steal a line from a country song) felt small when you stood before the ocean?  Have you found yourself amazed by the complexity of the human body, or the intricate nature of ecosystems?  There are a myriad of things we encounter in this great big universe, some on a daily basis, that undoubtedly cause us to dwell upon the creation that is all around us.

Scripture regularly focuses our amazement upon the author of creation, God.  Psalm 19 declares, "The heavens declare the glory of God, and the sky above proclaims his handiwork."  The Apostle Paul, in Romans 1:19-20, puts forth that creation itself bears witness about the very nature of God, even to the extent in which it condemns sinners, when he writes, "For what can be known about God is plain to them, because God has shown it to them.  For his invisible attributes, namely, his eternal power and divine nature, have been clearly perceived, ever since the creation of the world, in the things that have been made.  So they are without excuse."   In other words, there is a lot to be learned about God simply by looking at the world around us.

First, we can see that God is intentional.  This is important for us to recognize, because the secular world wants us to buy into the idea of a universe governed by chaos and chance.  The problem with that viewpoint is that it is utter nonsense.  "Chaos" literally means disorder.  So it is illogical to believe that disorder created and governs a world that so clearly depends on order to function.  Furthermore, "chance" isn't a mystical power, it isn't even a tangible force or power at all.  The great Christian thinker and apologist, RC Sproul, points out that "chance" is merely a term given to the probability that an event will occur based on the outcome of a number of variables.  It is a mathematical term!

The natural universe around us, even our own bodies, function according to clearly perceivable "rules" and processes.  This is so because they were created to function that way by a God of order.  This is the same reason God gave us commandments for how we are to live.  He didn't simply create and then leave things to flounder about aimlessly, rather he has established how things are to work and graciously given us instructions to live by, so that we can function as we were designed.  When we live according to God's design for our lives, we get to experience "our best life now," not because of the "wisdom" of Joel Osteen, but because of the wisdom of God...the creator and giver of life to the full.

Second, we see that God is not just the intentional and intelligent designer of the world, but he is also the one who upholds (i.e. sustains) all things by the power of his word (Hebrews 1:3).  We worship the sovereign King of the universe.  All things happen according to the counsel of his will (Ephesians 1:11).  God is gracious in providing for us all that we need to not just survive, but to thrive.  Now, many will point to things like famine and disease and reject that truth we see so clearly taught throughout scripture.  They look at the broken nature of the world around us - the problem of evil, if you will - and they say that it disproves the existence of God, or at least that it is incompatible with a "good" God.  So they deny God all together, or declare him a moral monster and reject him.

We must recognize that God's perfect design for creation has been grossly disfigured by the effects of sin.  Is God powerful enough to stop the effects of evil?  Absolutely!  In fact, he accomplished that very thing through the power of his Son, and his undeserved death upon the cross.  You see, there is a sense in which day by day, minute by minute, second by second, God is as work putting right that which sin has marred...and the world groans in longing for the day when that redemptive work is fully complete.

So, why is he taking his time?  That is a question no man is equipped to answer.  However, we can postulate an idea.  I think it is most plausible for us to consider that God's patience with sin is both an act of his grace, and the outpouring of his righteous wrath.  It is an act of pure grace and mercy that God has put up with the disobedience of man since the fall, and that he continues to bear that burden today.  Would God not be justified in wiping out all of mankind for our transgression against him?  In the same way, allowing us to wallow in our sin, and to "reap what we have sown," is not an act of malevolence, but rather an act of justice.  Sin has consequences, and it is both right and good for God to allow man to experience those consequences.  Any good parent will tell you that discipline isn't the best part of being a mom or dad, but it most assuredly is a necessary one...if one wishes to raise mature and healthy (physically, emotionally, and socially) children.

As we see in Psalm 104, God is both the Creator and Sustainer of all things, and it is when we focus on these two functions of the Godhead that we are able to see a more complete picture of who he is and who he has revealed himself to be.  We see his goodness, sovereignty, justice, grace and more!  It is our hope that this leads us to greater awe and worship.

Part 2 - Delighting in God as Creator and Sustainer

Study the 10 Commandments with us!

The Gospel: A Message of Hope

The Good News of Jesus