What it Means to be "in Christ" 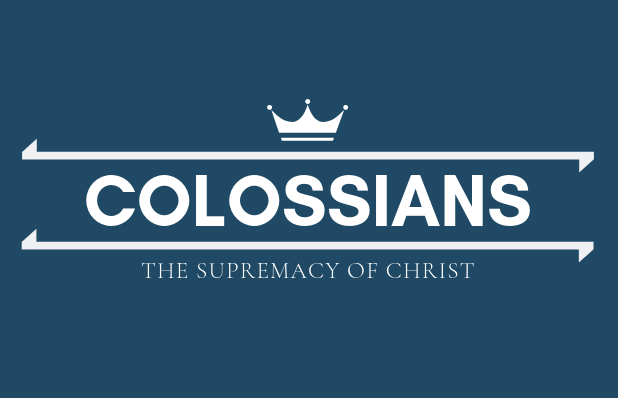 Did you know that the Apostle Paul never once uses the word "Christian" in any of his writing?  In fact, the word only appears in scripture three times.  When Paul, and the other New Testament writers refer to those who are followers of Jesus, they are most commonly referred to as those who are "in Christ."  We see this type of language often as we study through the scriptures, yet how often do we stop to contemplate what it actually means?

To be "in Christ" is to be united to him; in a way similar to how a man and a woman are brought together in marriage.  This is one of the reasons why we describe this union of a man and woman as a picture of the gospel.  Two formerly individual people now share a common identity...the two quite literally become one.  No longer do the identities of either party of the marriage, nor their individual actions and decisions, function apart from one another.  As a married man, I still have the freedom to do what I want, but I surely must recognize and consider that the choices I make can and will impact my wife.  I cannot separate my life from hers.  We are united.

The doctrine of the believer's union with Christ is most often neglected and overlooked by the modern Church.  There are a number of reasons why this is the case, not the least of which is because the way we are united to Christ (the nuts and bolts of it) is somewhat mysterious and difficult to explain.  Often times we see this reality taught by the New Testament writers, and even Jesus himself, in the form of metaphors and word pictures.  This use of imagery means that in order to rightly understand our union with Christ we need to be able to visualize something that may not be initially evident on the surface.  And yet, Anthony Hoekema writes in his book, Saved By Grace, that “Once you have your eyes opened to this concept of union with Christ, you will find it almost everywhere in the New Testament.”  Clearly this doctrine was foundational to the Apostles and early Church fathers, and is one that needs to be recovered today.

In his letter to the Colossians, Paul directs his address to "the saints and faithful brothers in Christ."  Therefore, it may be helpful as we begin our study for us to have at least a cursory understanding of what the doctrine of our union with Christ is all about.  I think this will help us as we move forward in Paul's letter.

One helpful way to think of our union with Christ is to reorient our focus not so much on Christ as a Lord and Savior outside of us, but rather to see him as one who dwells inside of us.  We may speak often of the indwelling of the Spirit, but I fear that our knowledge fails to manifest itself in the way that we live.  Jesus actually told his followers that it was better for them that he was departing from their presence physically.  In other words, having Jesus dwell in us is even better than having Jesus dwell with us (John 16:7).  Again, scripture says that the same power that rose Jesus from the grave now resides in us (Romans 8:11).  Do we often live in light of the power that now resides in us through our union with Christ?  Do we reject the spirit of fear and grab hold of the spirit of power as Paul instructs Timothy (2 Timothy 1:7)?

It is likewise useful to remember that through our union with Christ we are hidden in him.  I have recently been reading a very helpful book on this topic by Rankin Wilbourne.  In it, he used the metaphor of a person wearing a costume (like the person dressed as Mickey Mouse at Disney World) to describe this truth.  The person in the costume assumes the identity of the character.  However, whereas in the metaphor the person is pretending to be something he/she is actually not, through our union with Christ, in a very real sense, we assume a true identity.  This means when God sees us, our sin stained former self is hidden from his view.  All he sees is the sinless perfection of his son.

Finally, as Sinclair Ferguson helpfully points out, "If we are united to Christ, then we are united to him at all points of his activity on our behalf.  This, then, is the foundation of sanctification in Reformed theology.  It is rooted, not in humanity and their achievement of holiness or sanctification, but in what God has done in Christ, and for us in union with him.  Rather than view Christians first and foremost in the microcosmic context of their own progress, the Reformed doctrine first of all sets them in the macrocosm of God’s activity in redemptive history.  It is seeing oneself in this context that enables the individual Christian to grow in true holiness."

In summary, the doctrine of the believer's union with Christ is in many ways a key to unlocking the full potential of our understanding of Christ's work in reconciling sinners to our Heavenly Father.  All of the core doctrines of salvation in Christianity (election, justification, adoption, sanctification, perseverance, and glorification) find their fullness in our union with Christ.  When Paul refers to believers as being "in Christ," he is saying far more than we typically begin to realize.

What's In A Name?