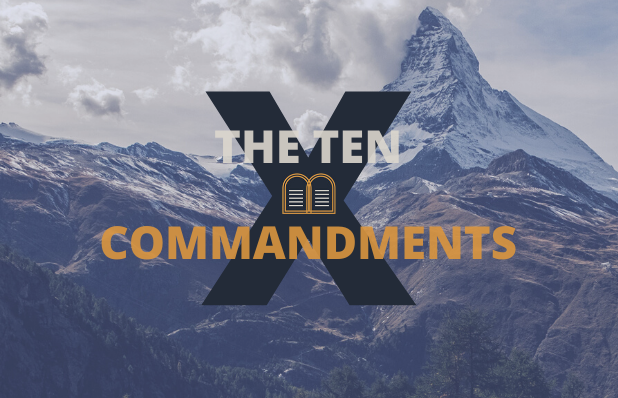 We live in an interesting time.  With the rise of social media and the internet, we are now more interconnected than ever.  And yet, research shows that we are actually becoming more and more isolated.  Fewer young adults are engaging in real-world interpersonal relationships such as dating.  You may be shocked to learn that as a culture we are even becoming less sexually active.  By and large, people are marrying and having children later in life.  In many ways, many of our young adults are instead choosing to linger in a period of prolonged adolescence.

In so many ways, we are a culture that idolizes youth.  50 is the new 40, and 30 is the new 20.  We are fighting to stay young, and when that fails, we simply turn to plastic surgery!  In the midst of all of this infatuation with youth, we have developed a disdain for what was once honored and esteemed - age - and with it wisdom and maturity.

It is significant that when God shifts his focus from our vertical relationship with him to our horizontal relationship with others in the Ten Commandments, he begins, here with the Fifth Commandment, with honoring the father and mother.  If we are to understand Jesus' response to the lawyer in Matthew 22:34-40 as being prescriptive, then we can boil the Ten Commandments down to two fundamental principles...love God and love others.  "On these two commandments depend all the Law and the Prophets" (i.e. everything else).  Therefore, as Cody pointed out, the First and Fifth Commandments serve much like headings, under which those commandments that follow fall.

This means that we can understand the Fifth Commandment not as simply applying to our father and mother (although they are clearly intended to be included in our understanding of the command), but rather as encapsulating the entire command that we love our neighbor as ourselves.  This is how the Westminster Divines clearly understood the commandment when they wrote in the Shorter Catechism, "The fifth commandment requireth the preserving the honour, and performing the duties, belonging to every one in their several places and relations, as superiors, inferiors, or equals."  There is nary a mention of parents anywhere in their interpretation of the command.

The question that underlies every command in scripture is the question of authority.  Who are we accountable to?  To whom do we submit?  At the heart of all sin is the inherent desire in us to rebel against and reject the authority placed over us.  You see, sin is never so much about the physical act, but rather it is conceived and birthed out of the heart well before the an action ever takes place.  So, for example, we see in the garden that the act of eating of the forbidden fruit was simply the out-flowing of a heart that had been convinced that the authority over them meant to oppress their freedom and well-being, rather than to nurture and cultivate it.  When we don't trust the authorities over us and don't believe that they have our best interests in mind, we will never submit to them.

God, as our Heavenly Father is a good and loving parent.  He loves us perfectly and everything that he allows into our lives is ultimately meant for our good.  When we obey him. we display our trust in him and in so doing give to him the honor, reverence, and glory he rightly deserves.  But how does this same idea apply to the fallen earthly authorities that are over us?  How do we ultimately glorify God and love our neighbor through the Fifth Commandment?

Again, I point us to the physical act of submission and obedience.  A heart and mind that submit are a heart and mind that are willing to cast off the desire to magnify, glorify, and worship the self.  It is a willful act...a choice each of us makes every time we put the wants or needs of another first.  It is the declaration that we know and believe that there is something better out there than what we want for ourselves.  Sin is saying we know what is best for us, but obedience is trusting that God's way is better.   The heart of the Fifth Commandment is a heart of self-sacrifice that leads to an outpouring of love for our neighbor and an others-first mindset.  And this starts in the home.

Of course the question inevitably arises, because again, we live in a fallen world, "What do we do when the authority over us (parents or otherwise) clearly doesn't have our best interests in mind?"  I don't want to minimize or marginalize the intense pain that some have experienced at the hands of those that were supposed to love, care for, nurture, and protect them.   And I think the Fifth Commandment speaks to that as well.

Some of us may point to God's grace in our lives through the loving encouragement and instruction we received at home from our family as the means by which we experienced the power of the gospel in our lives and came to faith.  But others may point to the pain of their childhood as the beginning of a dark path from which only the grace of God and the power of the gospel was able to save them.  In both cases though, the active agent is God, the Holy Spirit.  He showed great care for us by giving us earthly parents to shepherd us in grace and to share with us the truth of the gospel.  For some of us those parents were biological, but for others they were spiritual.  Maybe it was your mom and/or dad...but maybe it was a friend, neighbor, coworker, or even a stranger who took the time to share the hope of the gospel with you.  In any case, God provided for you an authority that you could trust.

As Christians, we are now called to care for the least of these.  Whether we are biologically parents or not, we have the privilege of caring for the spiritual orphans among us...those who desperately need the hope of the gospel.  It is the way we love and serve them that will cultivate an relationship built on trust that leads to submission.  It isn't until we can learn to trust that we can ultimately give our hearts and minds to something or someone outside of ourselves.  This is ultimately the message of the Fifth Commandment.  We never outgrow our need for parents in our lives.  Those who can instruct us in the grace and maturity of a lifetime of trust in our Heavenly Father.  They are a treasure and we should esteem and honor them.

1. Is this command to children or adults?
2. How can parents ensure children honor them?
3. What happens when parents are not honored?

Sex: A Good and Beautiful Gift From God