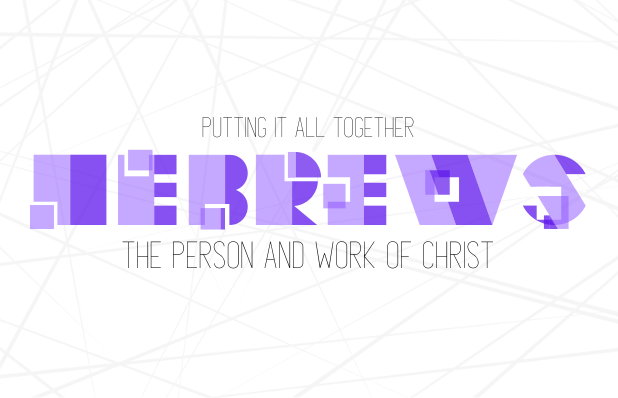 The theme of the priesthood of Jesus is one of the most unique characteristics of the book of Hebrews.  It is central to the argument that the author is making, and in many ways a unique contribution to the New Testament, but it is firmly rooted in God's messianic promises of the Old Testament.  In fact, according to the scriptures, God's Messiah would fill three important offices: prophet, priest, and king.

In redemptive history, the prophet served as the mouthpiece for God.  In other words, he would speak to the people on God's behalf.  Often prophets would bring instruction, warning, or correction from God for his people.  As a good Father, God's ultimate goal in disciplining his children is always meant to bring them back into submission where they can be safe and flourish.  This is a display of love, not anger.  The prophets were the means God would use to mediate this discipline.  Additionally, the prophets served to reveal God—his character and his will—to the people.

Jesus, in his earthly ministry, performed both of these vitally important functions of a prophet.  As God incarnate, he not only spoke for God, but rather he spoke as God.  Many people recognized Jesus as a prophet, but they noticed there was something different about the way that he spoke.  They marveled at the authority that his words carried.  It was obvious he was not a normal prophet.

With a better understanding of the priesthood, it's easy to see how Jesus fulfilled the role of a priest in his ministry.  Moreover, as the author of Hebrews points out, Jesus' priestly work continues on behalf of his people even today as he intercedes on our behalf.  Furthermore, as Cody pointed out in this week's lesson, Jesus isn't merely the offeror of the sacrifice that makes atonement for sin, but rather he is the perfect and spotless offering that once and for all takes away the sin of man.

It's important to recognize that the sacrificial system, the Levitical priesthood, the ceremonial and dietary laws, all served not to restore man's broken relationship with God, but rather to remind him of it.  No work of man's hand or sweat of his brow could ever fix what sin had destroyed.  It's woefully insufficient.  These religious acts were always meant to serve as an acknowledgement before God of acceptance of responsibility and a display of contrition for our one's brokenness.  That's all religion could ever be.

Finally, the kingly office of the Old Testament was much different than our understanding of kingship today.  The government of ancient Israel was established to be that of a theocracy, where God ruled his people through a subordinate who would mediate God's rule on his behalf.  The king's influence was vast, as he governed nearly every aspect of the kingdom (legislative, judicial, military, economic, etc.).  Additionally, the king served as the father-figure in the family of God.  This meant that the quality of his leadership would set the course for all of the people.  A good king who led well could lead his people to flourish, but a bad king who led poorly would lead his people, even the righteous, to suffer the wrath and judgement of God.

By the time Jesus entered into Jewish history, they had suffered the consequences for many bad kings who abused their power for selfish gain over and above the good of the people.  They had strayed far from God and fallen into idolatry time and again.  Many longed for the Messiah to come as king, to overthrow their Roman oppressors, and to lead the nation into prominence and power once again.  But this was not God's plan at all.  In fact, he had spoken extensively through the prophets (especially Isaiah) about what type of king his Messiah would be.

Jesus suffered contempt from his people because he wasn't the kind of king they thought they needed.  They believed their greatest problem was Rome, but in fact it was themselves.  After drowning in sin for so long, they, like many of us, no longer recognized the danger they were in.  When Jesus came as a king with an offer to lead his people out of their bondage, many rejected him because he didn't live up to their expectations.

One of the most intriguing perspectives on the cross is that it served as Jesus' enthronement ceremony.  How can this be?  When we understand the upside-down nature of Christ's kingdom, the picture begins to become clearer.  Again, we must recognize our own preconceived notions about what a king should be.  A king is often coronated with a crown gold; but Jesus wore a crown of thorns.  This makes sense in a kingdom where the last become first.  Jesus was enthroned in the ultimate display of humility so that he might enter into his kingdom as the ultimate display of majesty.  Though he may have been enthroned upon death, he now reigns in life.  He entered as a lamb, but reigns as the lion of Judah.  Though many mocked and ridiculed their king, one day soon every knee will bow before him.

The Biblical Theme of the Priest-King

The Biblical Theme of the Priest-King

Submission to Rulers and Authorities

The Faith and Works Paradox